My objective was to get up to speed on PowerApps which has been growing in popularity recently. In part this is because it’s becoming part of my role at Microsoft, but also because it’s a good opportunity to work on an app to socialise with my team during the remote working phase we find ourself in. I’d previously created a PowerApps when it was in preview, but hadn’t really gained any real affection for the platform which was quite limiting at the time - it was high time to revisit the platform!

The Fundamentals exams are a great place to start to quickly get up to speed and baseline your knowledge before fumbling around with the PowerApps UI.

So i targetting the two fundamental exams in this area (and subsequently the the Power Platform: App Builder certification). The choice of doing Power Platform fundamentals is pretty obvious, but including Dynamics 365 Fundamentals may not be. Dynamics 365 is the backbone to much of what you find it PowerApps, Model driven apps are created on the Common Data Service which is underpinned by D365. Additionally Power Apps Portals was previously a D365 feature. It makes sense to include D365 as part of the learning process.

Always one to optimise my preparation i skipped most of the content relating to Power Automate, since i’m quite familiar with Logic Apps. I’ve also done quite a bit with Power BI in the past so decided to skip revising that too. My effort would be concentrated around PowerApps and the Common Data Service.

When it comes down to it, MS Learn is a structured version of the product documentation. It’s been organised into learning pathways, and also maps well to the Microsoft exam certifications. Therefore when I came to preparing for two of the Fundamentals exams in product areas i wasn’t overly familiar with (Dynamics 365 and Power Platform) - These MS Learn modules came in really handy, and were the extend of my preparation for the exams. 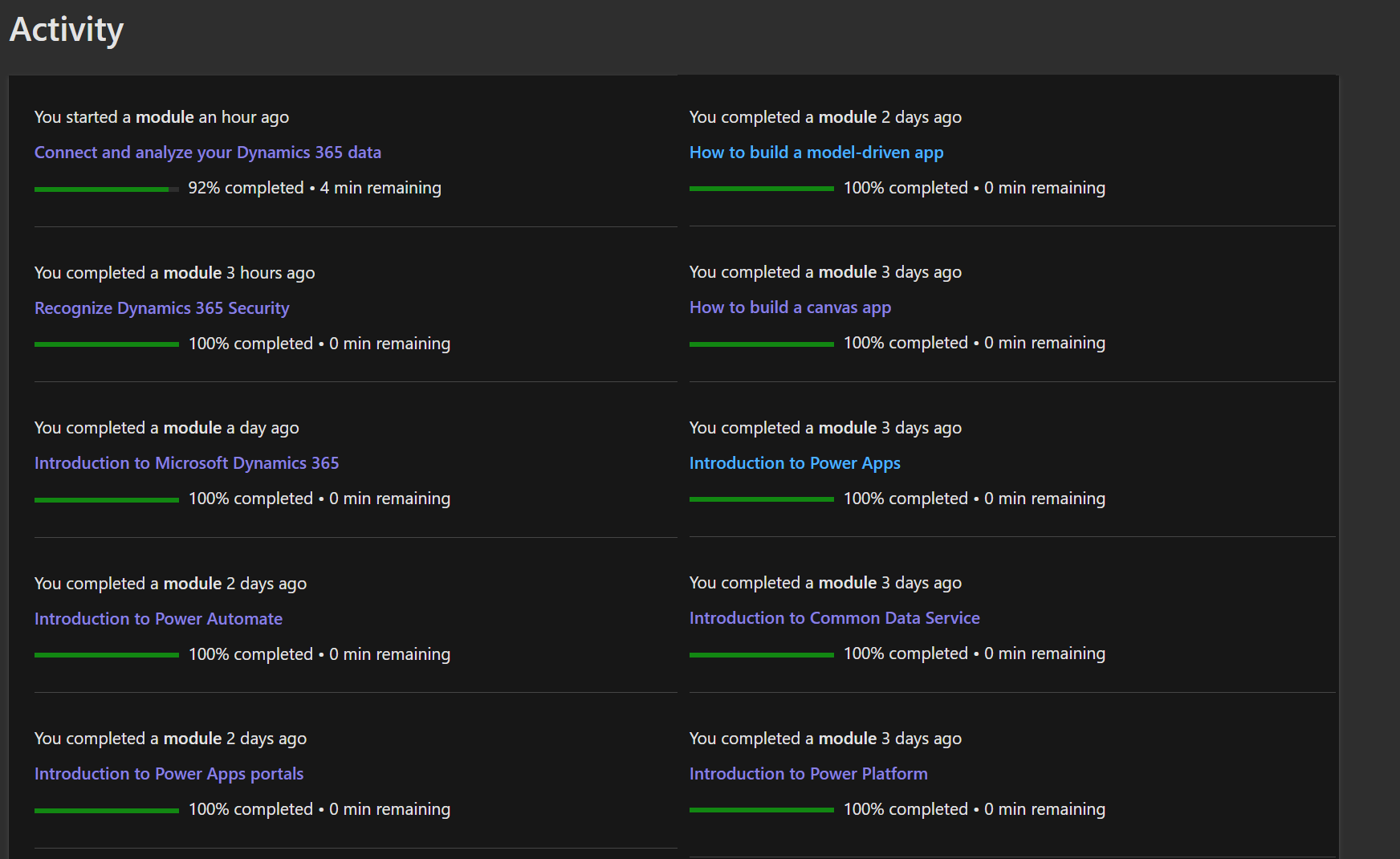